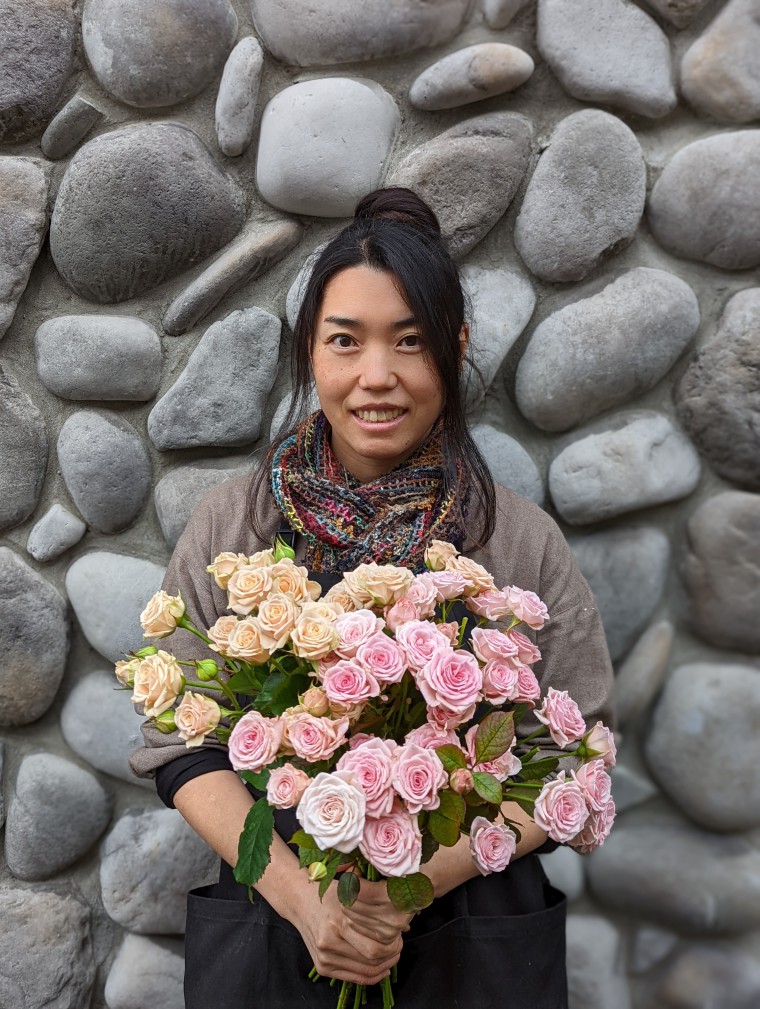 Noriyo has been with us for two years now, but it feels like she’s always been on our team. She spends most of her time at our Westshore shop, but from time to time she makes guest appearances in our other shops. We asked her why she came to Brown’s, she said she wanted to work with flowers and she loves plants and Brown’s has both.

A very willing worker, Noriyo is a joy to have on our team. She will do anything we ask of her, including catching and releasing rogue spiders or hummingbirds in the shop! She is a beautiful designer with a knack for highly detailed work such as body flowers, wreaths, and working with dried flowers.

Born and raised in Japan, Noriyo came to Canada to do some back-country snowboarding. She loved it and decided to move here after that trip. Moving to Banff proved to be a good choice. This is where she met her husband (who also just so happens to come from Japan…how romantic!) and lived in Banff for 15 years. They made the move west for her husband’s work and we are so glad they did!

An energetic mother of two, Noriyo loves adventure. In her spare time you can find Noriyo at one of our many beaches, venturing into the forest, and foraging for wild food. There really is nothing she won’t do or try! She’s also an incredibly talented artist in her work with dried flowers. You can find her work in our shop or featured at House of Boateng in Langford!

In the shop Noriyo’s favourite jobs include anything she is asked to do (we told you she’s a willing worker!), especially working with dried flowers. When we asked her what she likes most about working at Brown’s she said her co-workers.

Her favourite flower is Leucodendron- an unusual choice but how can she resist? It’s sturdy, long-lasting, beautiful, and dries well so she can always use them in her dried floral arrangements!

We asked her if she had any words for those who think they might like to work in the flower shop and she said simply that it’s a great idea!